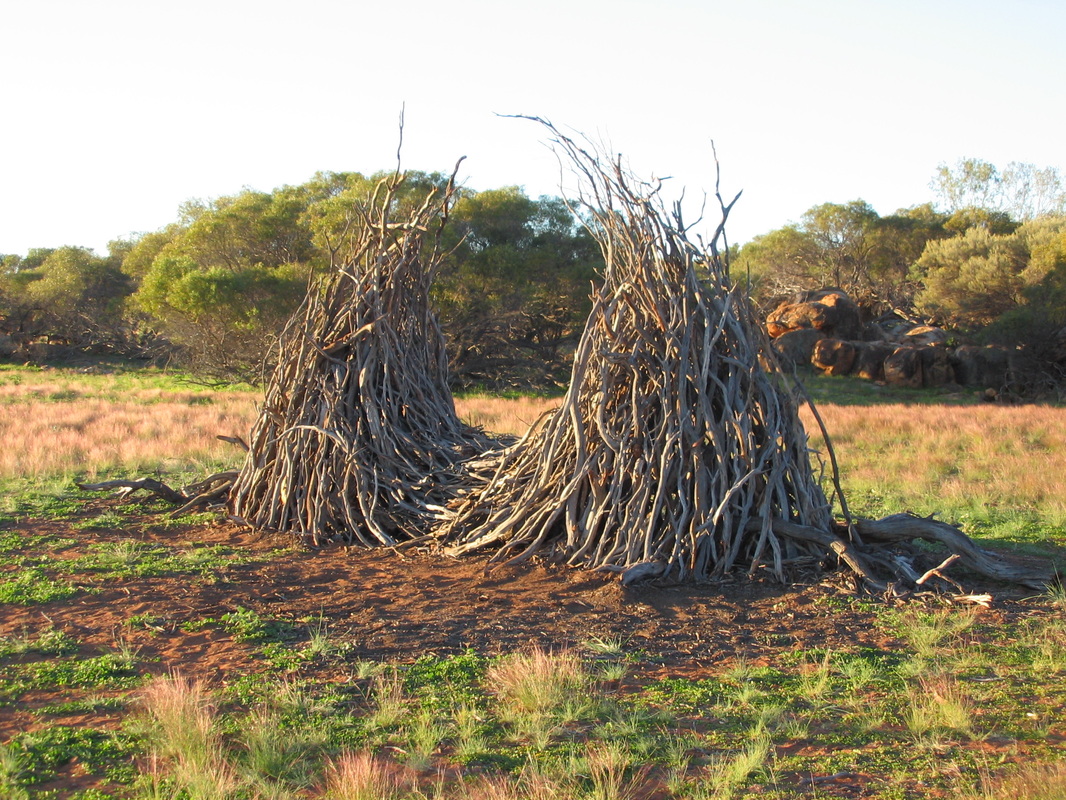 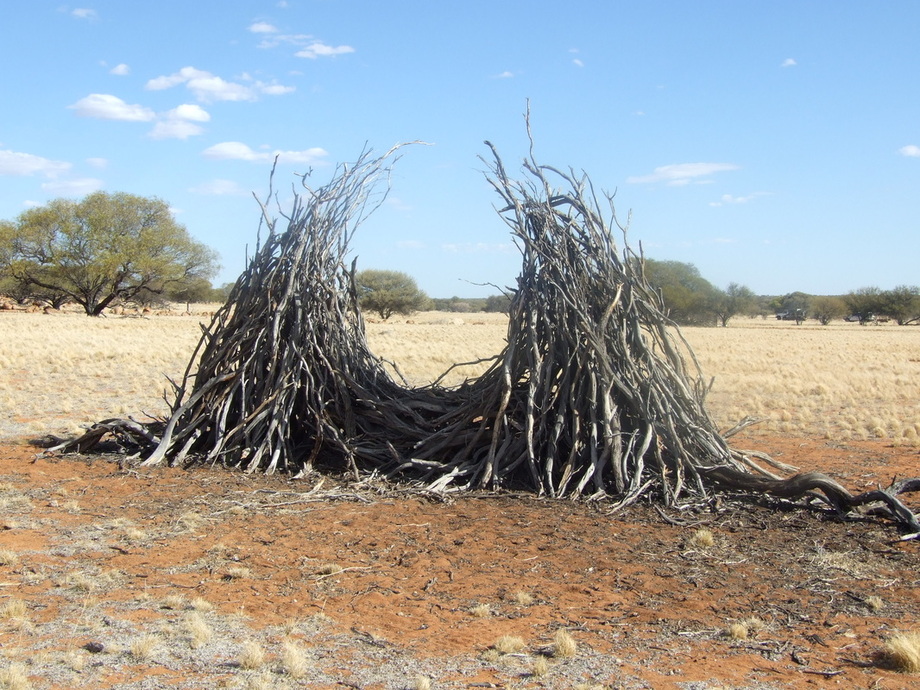 Wogarno bower, photographed in 2010
Note the way the timber has become bleached by the sun. 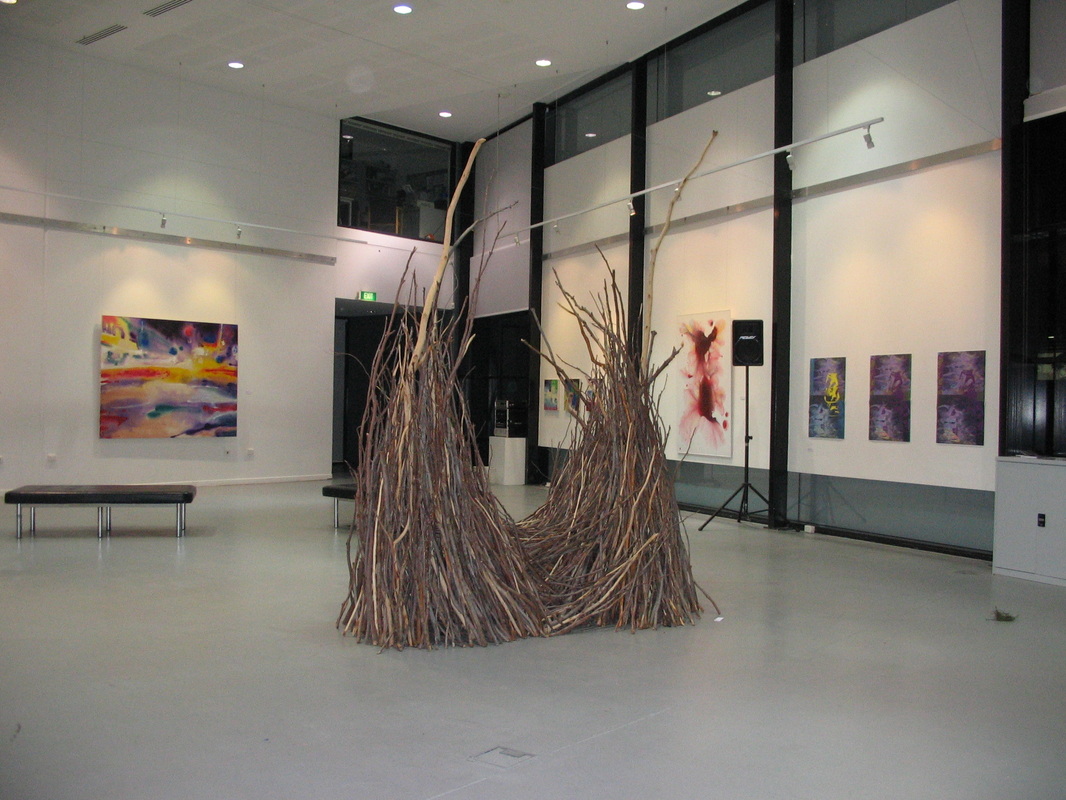 Urban Bower, made from Karri branches collected in Kings Park, at the Central TAFE gallery in 2007. 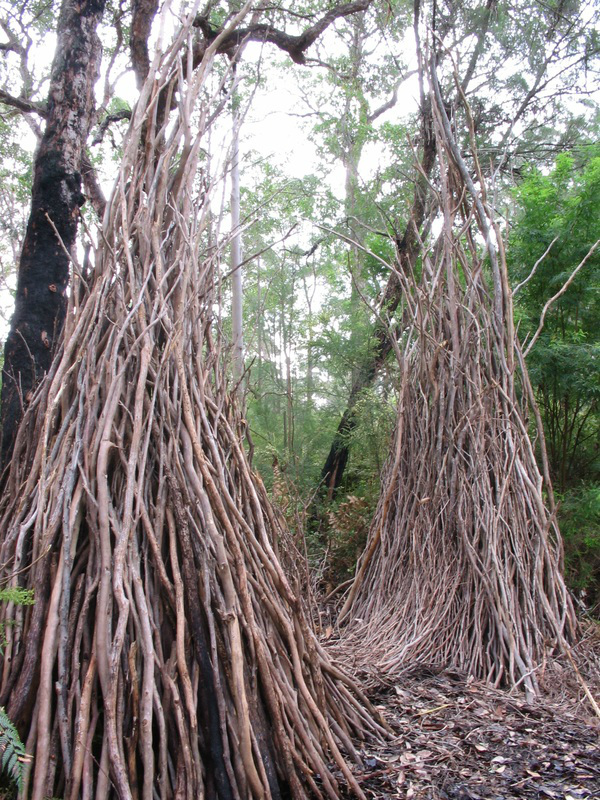 Northcliffe bower, created during a residency at the Southern Forest Arts scultpure walk in Northcliffe, 2008. The bower was 5 metres at each tip but was dwarved by the giant karris surrounding it. Within two years nothing remains of this bower as the forest has reclaimed it very efficiently. 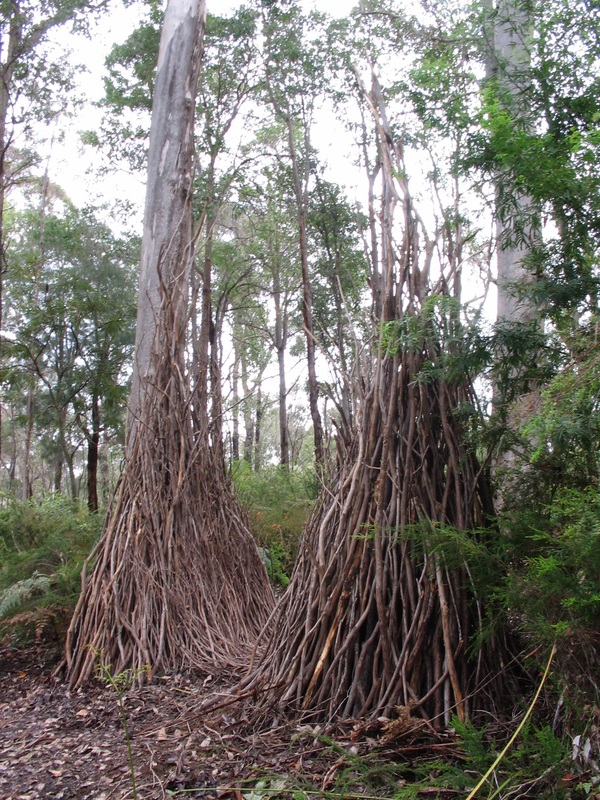 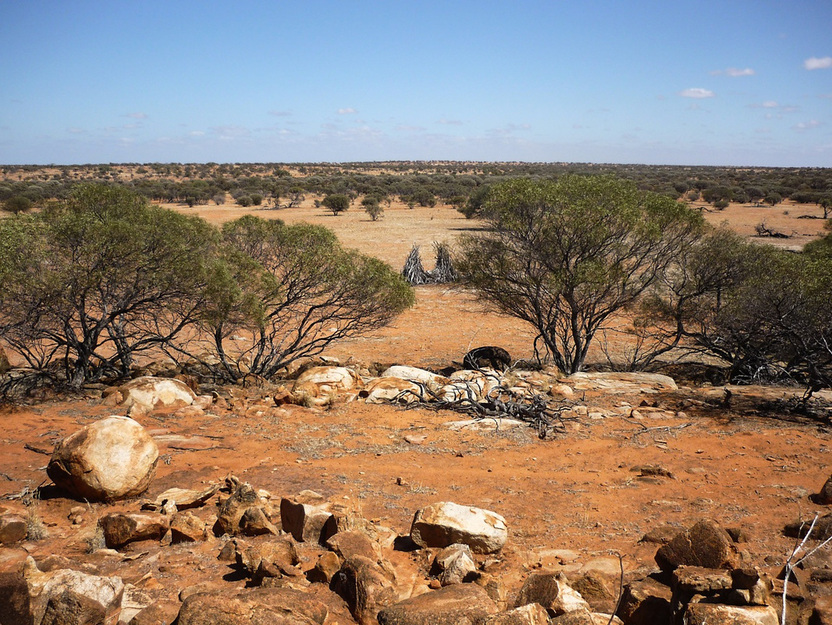 The view from the escarpment near the Wogarno bower, showing the surrounding wattle country and the bower in relation to the landscape. 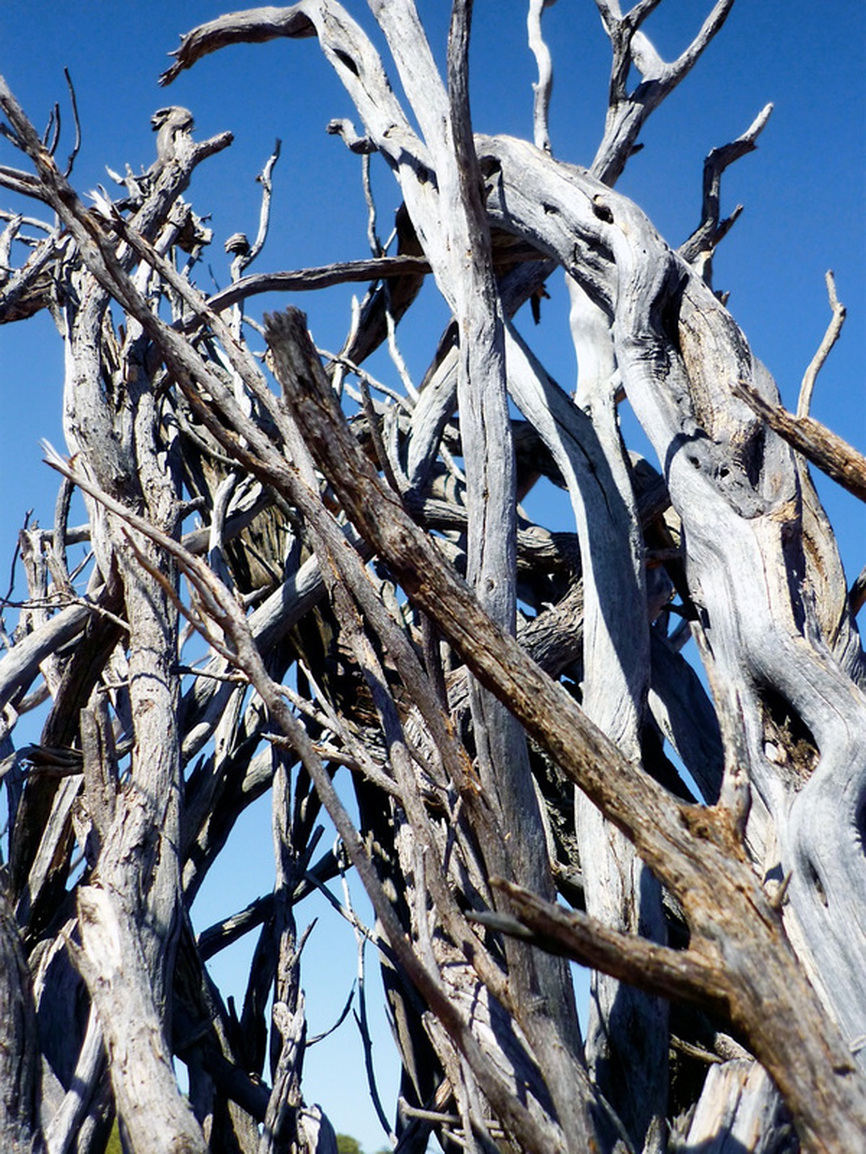 Detail of the wattle branches used to create the Wogarno bower. 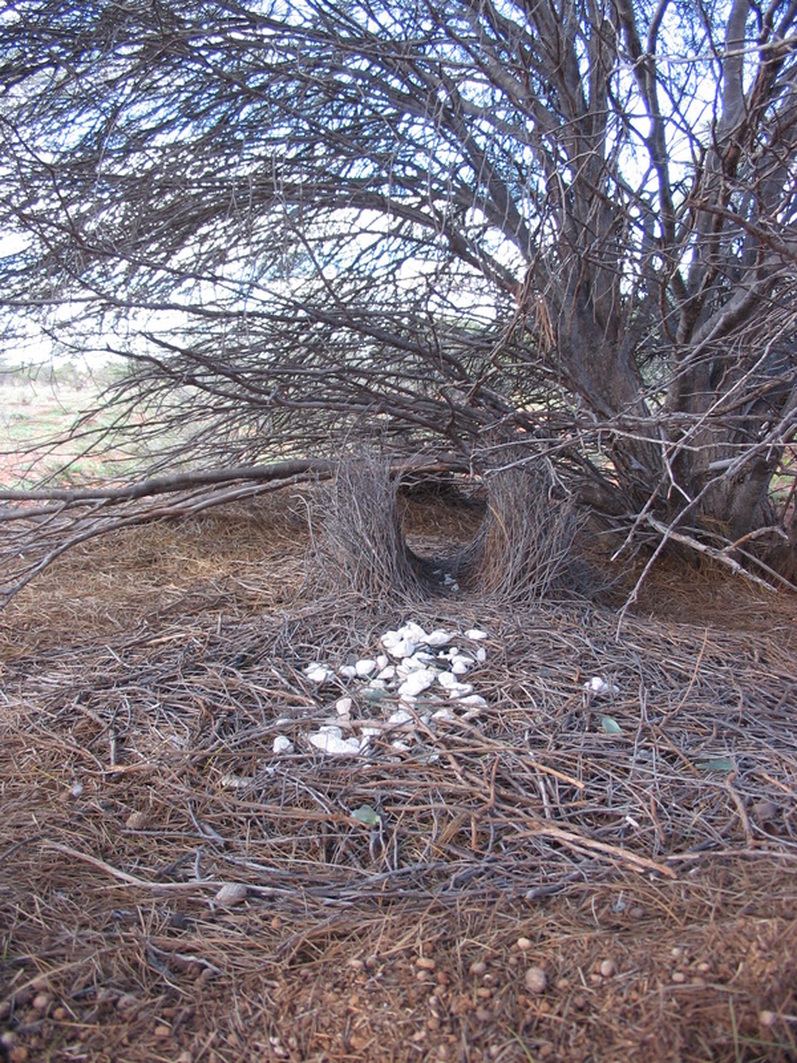 This is one bower I found at Wogarno station in 2007, made by a male Great Western Bower bird; this what ornithologists refer to as a "playground".

The male bird collects trinkets to attract a mate, it is not used as a nest or in rearing young.

Note the white and pale green shells and bones collected by the male bird.
Powered by